Iconic in every way, the Nike Air Force 1 Mid ’07 Shoe brings with it a legacy of athleticism and a cult of refined aesthetics. The latest iteration in a long line of iconic Nike shoes, the Air Force 1 Mid ’07 celebrates its lineage with an evolved design that takes influence from the original legend. Named after the Presidential flight of choice, the Air Force 1 was the first basketball shoe to feature Nike Air technology, changing the game for ballers like Moses Malone, Rasheed Wallace and Charles Barkley. The Air Force 1 design was released in 1982 and since then it has stayed faithful to the original, empowering players and inspiring rap odes by Kanye West, Nelly, Rakim and Nas. 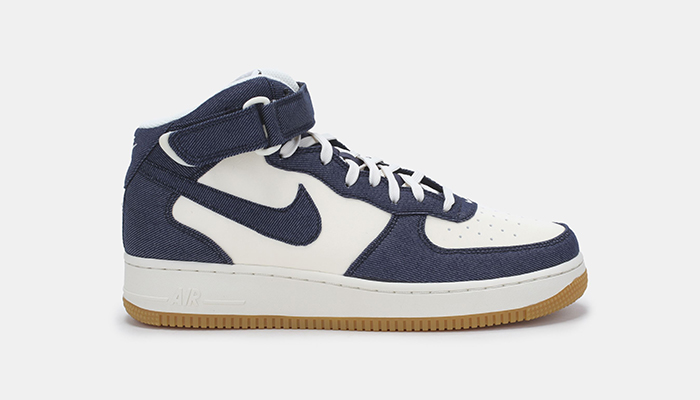 The Nike Air Force 1 Mid ’07 is just as much about hip-hop style as it is about dominating performance. An icon among Nike Shoes, it features a leather and textile upper for durability, optimum fit and a premium look. Its mid-top silhouette is bolstered with a sturdy ankle strap that delivers a secure lockdown fit. Like the original, its large midsole design features Nike Air cushioning for springy comfort. A non-marking rubber outsole provides traction and durability, as pivot points in the forefoot and heel enable smooth transitions in every direction. It is no surprise then that the Nike Air Force 1 Mid ’07 performs aggressively on court as a hoops shoe while looking fly on the streets too. Get your game on and grab this old school baller, and while you’re at it check out the latest range of Nike products over at Sun & Sand Sports. It’s time to jump ball.