“Not Just One Thing” – Be Everything With Vans

Vans has been in the sneaker industry for over 50 years and in those 50 plus years, it has created iconic silhouettes in the form of its Authentic, Era, Old Skool, Sk8-Hi and Classic Slip-On shoes. Now, with its new campaign, “Not Just One Thing” Vans is honouring the legacy of its classic icons. Today we’ll take a walk through memory lane with the Vans Old Skool silhouette and see how these shoes have earned themselves this legendary status.

The Vans Old Skool debuted back in 1977 and at the time, was known as “Style 36”, showcasing its now iconic sidestripe. This was Vans’ first ever low-top skate shoe that incorporated leather panels and was originally created as a random doodle by Paul van Doren who referred to it as the “jazz stripe”. 35 years later, that jazz stripe has become an unmistakeable hallmark of the Vans identity. 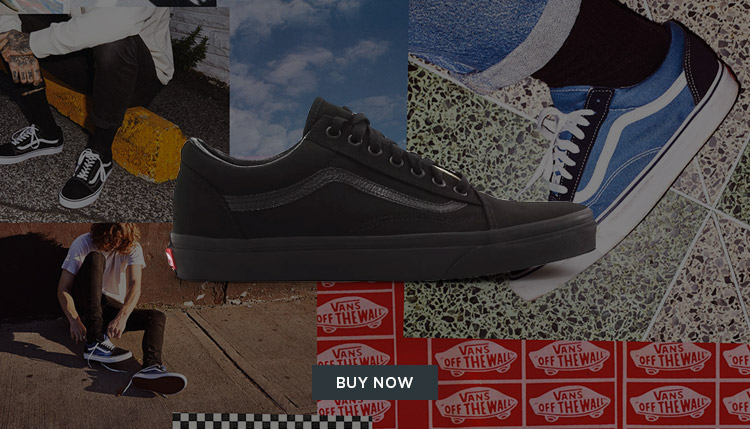 Knowing how popular customisation was becoming back in the ‘90s, Steve van Doren decided to offer the particular perk of including many panels along with styles that anybody could tweak to their liking, giving the Vans Old Skool shoe a life of its own and each pair having its own separate identity. 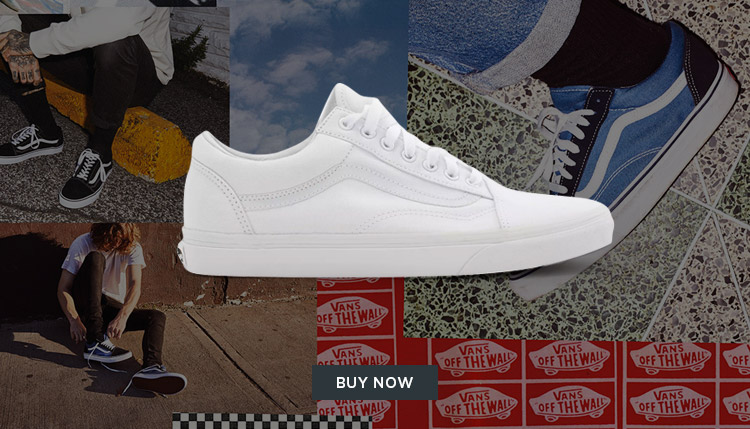 During the ‘90s, collaborations became a huge part of representing your brand and Vans wasn’t going to be left behind with the new wave. Vans Old Skool partnered up with Marc Jacobs to enter the realm of haute couture. With this partnership, the Old Skool shoes saw developments in the form of premium materials, cutting edge patterning, along with limited production numbers to rev up the crowds – making the Old Skool fit for boutique status – sought after by collectors and aficionados.

Vans Old Skool has a very rich history when it comes to music and was best represented by band members of revered rock/punk rock bands. Icons such as Henry Rollins started appearing on small stages in clubs wearing Old Skools in their teens. Vans developed a band shoe programme in the ‘90s that naturally evolved, allowing both the brand and the band to take part, creating Old Skool models that were dedicated to bands such as Descendents and Slayer to name a few. 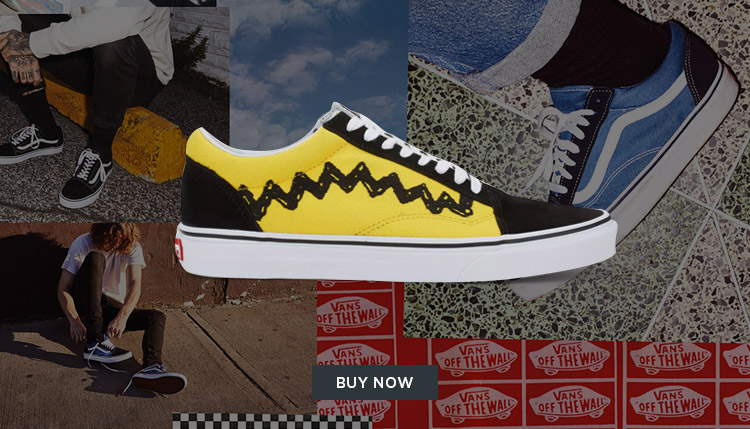 Always being popular in extreme sports, the Vans Old Skool shoes saw a change up in the new millennium as the world got introduced to “Action Sports”, propelling them to international fame. The Vans Old Skool shoes became versatile enough to complement individual riders’ aesthetics whilst also being a very functional tool to their craft.