The year 2022 marks a historic one for Gulf Football. With Qatar being the first-ever Arab Nation & the second Asian country to host a FIFA World Cup, this year’s tournament could potentially pave a way for other Arab nations to bid on being the host nation for future World Cups.

Along with that, Qatar also becomes the first host nation to make their World Cup debut since Italy in 1934.

The FIFA World Cup 2022 is sizing up to be one of the most unique editions. So, let’s take a look at the journey leading up to this year’s edition.

Qualifications:
FIFA’s six confederations made up of different continents, organize their own qualification competitions, within their confederations to compete for a spot in the tournament. The matches of which are played during the international break within the regular football season. Each continent is allocated a set number of teams. UEFA (Europe) is allocated with the most teams at 13.

As hosts of this year’s edition, Qatar won automatic qualification into the tournament, alongside the winner of the previous edition in 2018, France. The qualification process started off in June 2019 when Mongolia defeated Brunei 2-0 on 6th June, following which the rest of the nations kicked off their campaigns for a spot in this year’s edition.

Ball:
“Al Rihla” is the match ball for the FIFA World Cup Qatar 2022. The word “Al Rihla” in Arabic means the journey. The name is inspired by the culture, architecture & flag of Qatar. This ball is the 14th World Cup ball designed by adidas.

With its CRT-Core & Speedshell technology, the ball is set to improve accuracy, flight, stability & swerve, which keeps up with the fast pace of the modern game.

Mascot:
The official mascot of this year’s World Cup is “La’eeb”, which in Arabic means “Super Skilled Player”. La’eeb will be known for his youthful spirit, spreading joy & confidence wherever he goes. The unveiling of the mascot happened on 1st April 2022.

Emblem:
The official emblem of the World Cup was unveiled on 3rd September 2019 during simultaneous events at multiple locations in Qatar. It is designed to resemble the shape of the cup, the infinity symbol, and the number “8”. All of these denote the interconnected events among these 8 stadiums. The imagery of shawls refers to the concept of a Winter World cup & contains waves resembling desert dunes.

Official Song:
The official song of the tournament is “Hayya Hayya” (Better Together) performed by artists Trinidad Cardona, Davido & AISHA which was released on 1 April 2022 along with the music video.

Well then gear up because it’s almost time for kickoff. Who are you rooting for? Whatever it is, the stakes will be high & we’re in for a treat surely.
Subscribe to our newsletter and download our app on the App Store or Google Play for the latest updates. Show off your new purchases by tagging us on Instagram @sssports. 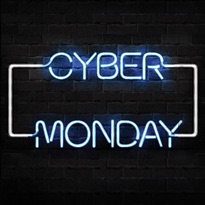 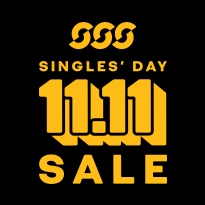 Treat yourself this Singles Day

In the midst of the biggest month for sales, comes a day where you’ll find…

The Final Countdown For The Black Friday Sale

The king of all sales months is here – November. Get ready for some of… 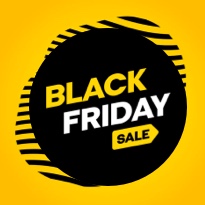 Get your best trainers ready for the biggest sale of the year. Why trainer you…