Surf The Sidewalk With A Sector 9 Longboard 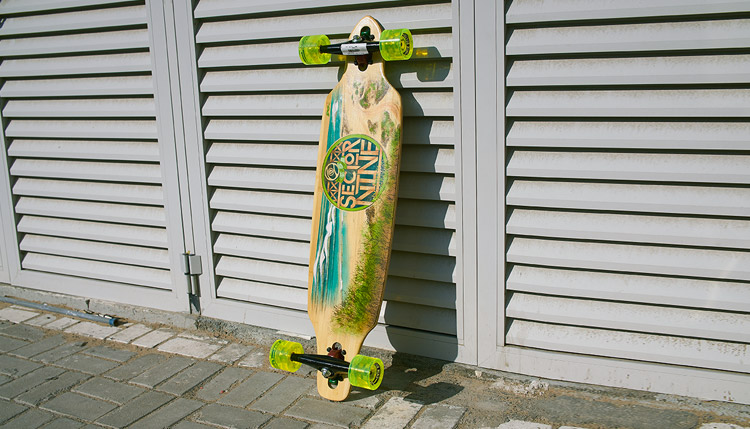 The Longboard concept actually emerged as a result of sheer boredom. More specifically, the boredom that surfers in Hawaii experienced back in the 1950’s when the waves were too small or too gnarly to ride. Taking their surfing to the street, they would shape pieces of plywood into smaller versions of surfboards and screw trucks (the skateboard term for axles) and wheels to the bottom. These early makeshift longboards were then taken to the hills to imitate the same moves that they would play out out on the surf. The first longboarders were quick to realise that the balance required to ride a longboard and its rolling motion were akin to that needed to surf the rolling of the waves. Longboarding soon picked up speed and moved from Hawaiian beach fronts to the streets of California.

Fast forward a couple of decades, and longboarding became an underground activity as skaters started building boards in their garages, strapping trucks onto snowboard decks with roller skate wheels. The early longboards evolved into shorter skateboards designed for tricks. The tricks grew complex, stealing the spotlight from simple longboard cruising. After a brief lull in the ‘80s, longboarding came back in a big way in the ‘90s as snowboarders, much like the surfers, needed something to keep them busy through the spring and summer seasons. Its growing popularity also made it a great means of commuting, what with longboards being spotted on campuses and city streets. The ‘90s was also when Sector 9 started mass-producing and selling longboards. With time came newer truck technologies, like the reverse kingpin, which greatly enhanced the stability of the longboard. 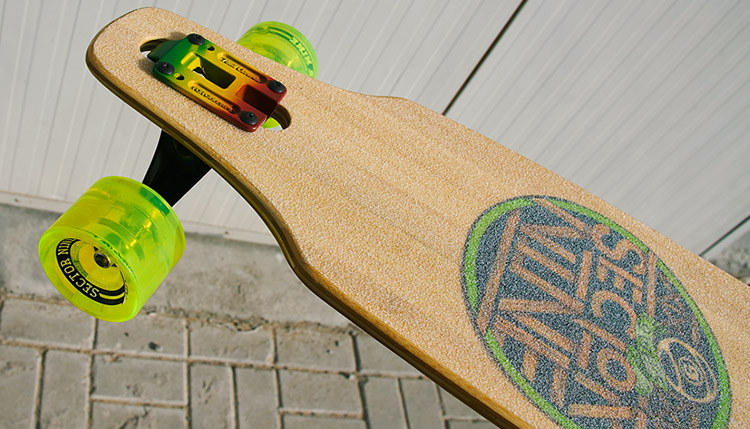 As the name suggests, the longboard is longer than a traditional skateboard. With varied shapes and sizes, longboards are built for stability, traction and durability. This is made possible due to the larger wheel sizes and lower measures of wheel firmness, referred to as wheel durometers. With trucks that have different geometric patterns in comparison to those found on a skateboard, longboards are more suitable for cruising, commuting, slaloming, freestyle riding and downhill skateboarding. The looser trucks, larger polyurethane wheels (aka ‘thane’) and softer bushings make longboards easier to carve, adding to a growing popularity with skaters. With the advent of the Internet in the mid ‘90s, it became easy for longboarders to form groups all across the world and ride together. 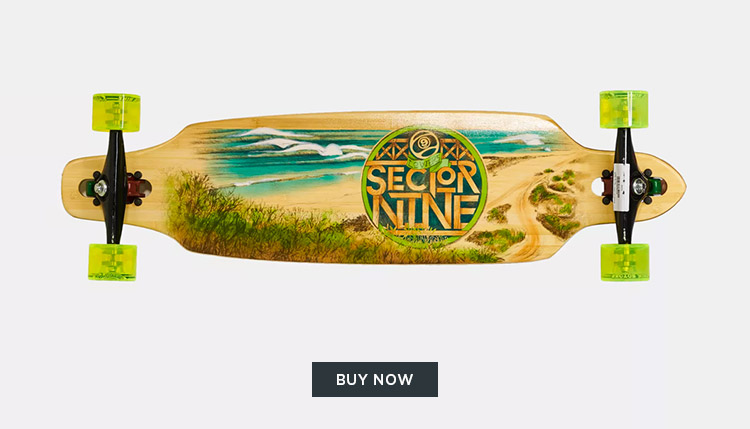 A pioneer in the longboarding arena, Sector 9 has always stayed at the forefront of the skater scene. And with the Sector 9 Mini Lookout Complete Assorted Longboard, a classic silhouette has been sharpened into an aerodynamic profile. Built with dimensions of 37.5″ x 9.25″ and a 28.0″ wheelbase, its drop through design has cutouts in the deck, enabling the baseplate of the truck to be mounted through the deck. This lowers the deck, adding to its stability especially at high speeds. The longboard features a vertically laminated bamboo construction with a taco mould. Built for commuting and carving, and downhill racing, it employs 10.0″ Gullwing Charger trucks and 72mm 78a offset Top Shelf wheels. Its ABEC 5 PDP bearings keep things rolling smoothly, while 1.125″ flush mount steel bolts on the drop through mount keep the board stable and sturdy. A clear grip tape on the top adds traction while letting the board’s sublime art come through.

With the Sector 9 Mini Lookout Complete Assorted Longboard beneath your feet, you’ll be nailing downhill races and street cruises. Make sure you wear appropriate safety gear on your ride, find your skate stance and keep practicing your tucks, tricks and braking. Get started on your longboarding adventure by checking out the latest range of Sector 9 products online at Sun & Sand Sports.