Hoop Like The Black Mamba In The Nike Kobe A.D. Shoe

With Game 1 of the NBA Finals under the belt, the Golden State Warriors, propelled by Kevin Durant’s fiery 38 points, have taken the lead 1-0 over the Cleveland Cavaliers with a 113-91 victory. As fans look forward to the next game, one cannot refer to basketball’s greatest stage without thinking of one of its greatest players of all time. Kobe Bryant, the Black Mamba himself, has played the NBA Finals 7 times and brought home the Larry O’Brien trophy in 5 of those trips. While he may have retired, the shoe that bears his name might still make an appearance on the court. In a glimmering new white and gold colourway, the Nike Kobe A.D. Shoe honours the ultimate championship prize at basketball’s biggest platform ever. 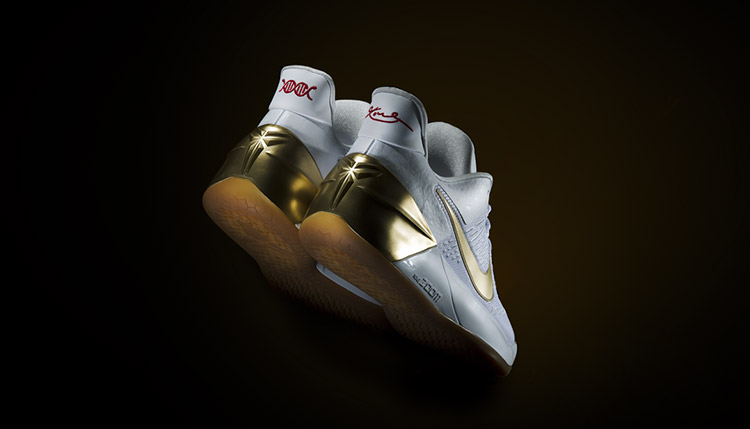 Dubbed the ‘Big Stage’ colourway, the shoe features a crisp white upper with hints of gold at the heel and a metallic gold Nike Swoosh to match. The engineered mesh upper allows for breathability and a comfortable wear, as Flywire cables create a dynamic midfoot lockdown. Its low-top silhouette ensures unrestricted movement on the court, while a low-profile Nike Zoom Air heel unit delivers impact protection while keeping your foot close to the court to unleash sudden explosive bursts of movement. The midsole features a full-length Lunarlon foam that has been custom built to Kobe’s precise specifications to provide comfortable, responsive cushioning. A gum outsole with multi-directional flex grooves in the forefoot allows natural movement during quick cuts and lift-offs, keeping you as agile and unpredictable on court as the Black Mamba himself. 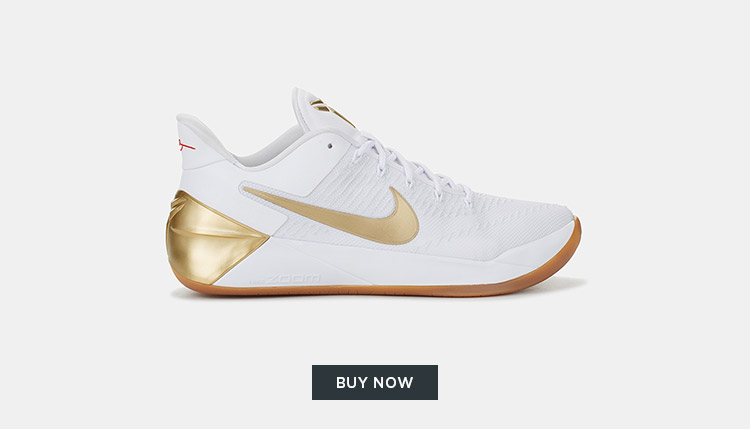 Fine-tuned to deliver serious flight on the court and keeping you looking fly on the street, the Nike Kobe A.D. ‘Big Stage’ Shoe looks every bit as grand as the NBA Finals itself. As the Cavs look to Game 2 for some sweet payback, look for the Mamba DNA on the feet of Andre Iguodala, Shaun Livingston, J.R. Smith, and Kyle Korver.  Prepare for the NBA Finals by checking out the latest Nike products online at Sun & Sand Sports, and subscribe to the SSS newsletter for all your updates on the latest basketball action.