Tear up the court with the Nike Basketball KD9 Shoe

Kevin Wayne Durant is a professional American basketball player who now plays for the Golden State Warriors of the NBA. Durant has been one of the major players in the NBA and has numerous accolades to prove his might. From winning an NBA Most Valuable Player Award to winning four NBA scoring titles along with two Olympic Gold Medals, Kevin Durant has certainly garnered a lot of praise from everyone throughout his 10-year professional career. 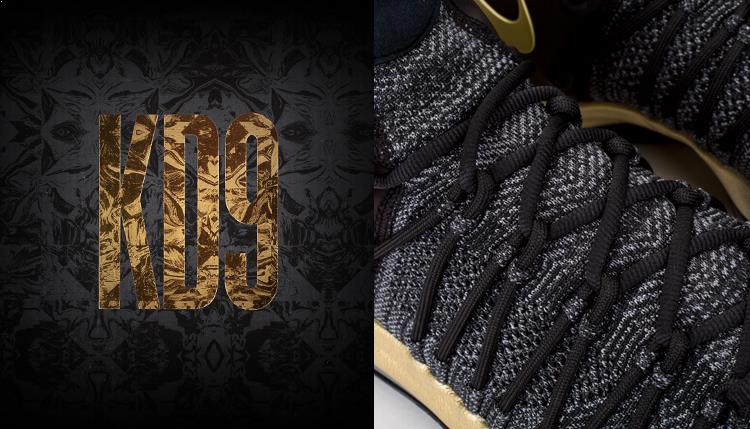 To celebrate Kevin Durant’s move to the Golden State Warriors, Nike has released a new and fresher version of the KD9 shoe in the form of the Nike Zoom KD9 Elite Shoe that features the colour scheme of the GSW. Featuring a mesh upper in gradient black, blue fury and tour yellow combination that oozes the Golden State Warriors feel, this shoe is part of the Flip The Switch collection that highlights the past season’s electricity alongside the iconic Nike Swooshes on the sides. 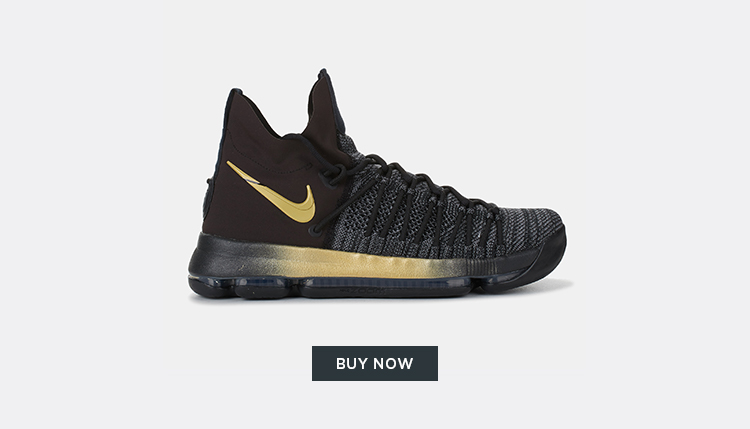 These Nike basketball shoes have a high-collar for more support and style with a full-length Zoom Air unit that provides you with responsive cushioning for long lasting play. The KD9 Shoe boasts a multi-directional traction pattern that provides multi-surface grip along with a rubber outsole that wraps up the sides to enhance stability in key areas.

If you love the Golden State Warriors or Kevin Durant, or basketball, or even just owning an outstanding piece of footwear, then get your hands (or feet) on these Nike Basketball KD9 Shoes. Have them delivered to your doorstep when you shop online with us at Sun & Sand Sports. Also subscribe to our newsletter below to stay updated on the latest in sportswear and trends.