Nike Air Max 97 Premium – Get Yours While Stocks Last!

Whether it’s your first time to wear a pair, or you were a proud owner 20 years ago when the style first came about, the Nike Air Max 97s are undergoing a style evolution. Bringing us back to ‘90s styling, we are taken back to memories of the Spice Girls, with Sporty Spice bringing the Nike Air Max 97s into the limelight in a mash-up of sports style and pop culture. But that was then, and this is now, and we can’t get enough of the latest version of this timeless classic. Let’s look at some of the features in the Nike Air Max 97 Premium Lifestyle Shoe from Sun & Sand Sports online. 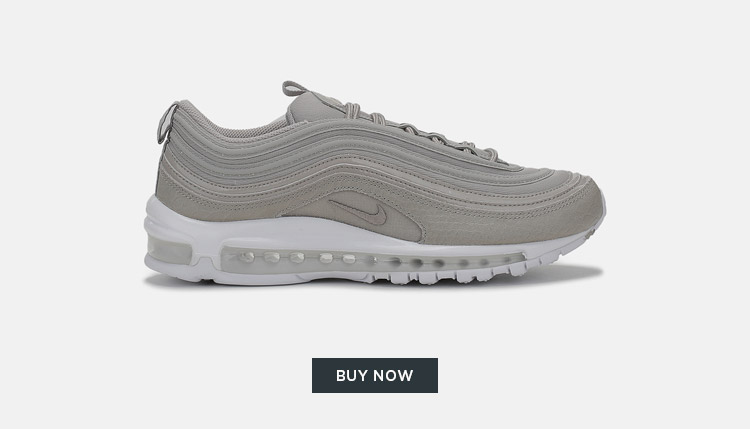 The first feature to note is the reflective 3M piping encircling the synthetic mesh and faux leather upper. Christian Tresser who designed the original shoe, (also a mountain bike enthusiast at the time), was inspired by the gleaming titanium of the spokes that later gave the piping its glow-in-the-dark, other-century appeal – something we couldn’t get enough of back in the ‘90s.  The shape itself was taken from something less futuristic, but rather natural; a raindrop and its simple reflective qualities. Today, the 3M piping is unchanged in the Nike Air Max 97 Premium shoe and the reflectiveness tastefully toned down to balance the monochrome colourways. 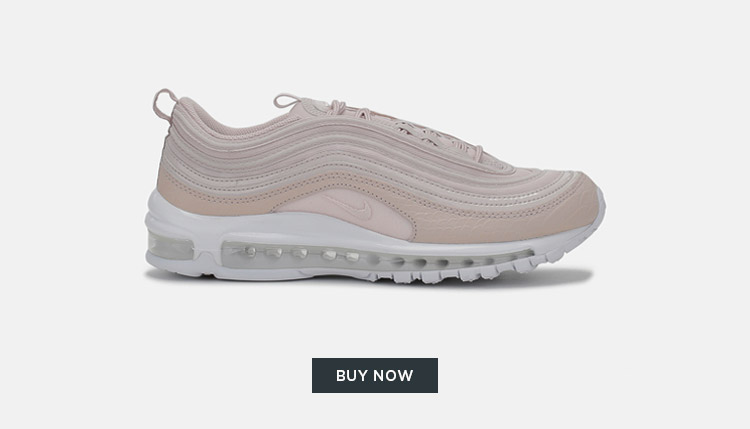 A second feature is the full air unit at the bottom.  Back then, this was the first time a shoe had total visible air cushioning. This, when attached to the lightweight midsole, created a breakthrough innovation for runners and casual wearers alike; it was responsive and could be effortlessly worn all day long. It’s still here in the Nike Air Max 97 Premium shoe in 2017, with three chambers giving support to the arch, forefoot, and heel with a rubber waffle outsole for extra grip. 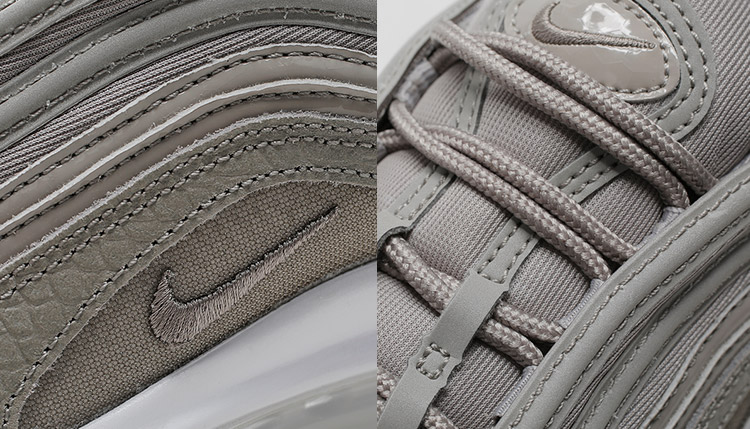 Thirdly, is the hidden lacing. Nowadays this is commonplace, sometimes even non-existent with the Nike Air Max women’s range of slip-on shoes. However, lacing that nestled beneath the upper instead of being raised above it, was seen for the first time back in 1997 and it remains very much a focal point for the remake. 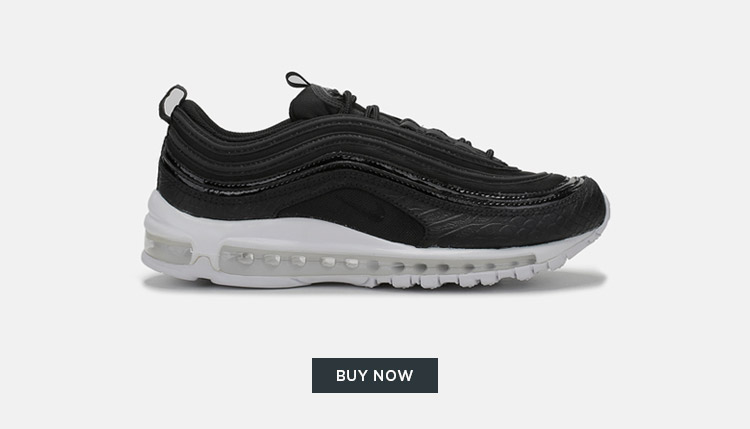 Finally, the luxe, synthetic snakeskin look gives a nod to the prints we saw in the ‘90s and we see the trend coming back around in 2017. The colourways are neutral in black, grey and pastel pink with a crisp, white midsole. In-keeping with the tonal one-shade upper, we can guarantee that streetwear enthusiasts will be adding this shoe to their collection – easy to style for a downtime look in jeans, leggings, skirts or shorts.

The ‘90s are making a certainly making a comeback in fashion this year, and the Nike Air Max 97 Premium is a smart way of teaming a touch of the past and the future in one.  All three colourways are selling fast so get yours before they go at Sun & Sand Sports online.  You can also sign up to our newsletter below for more exciting news and arrivals from Nike.